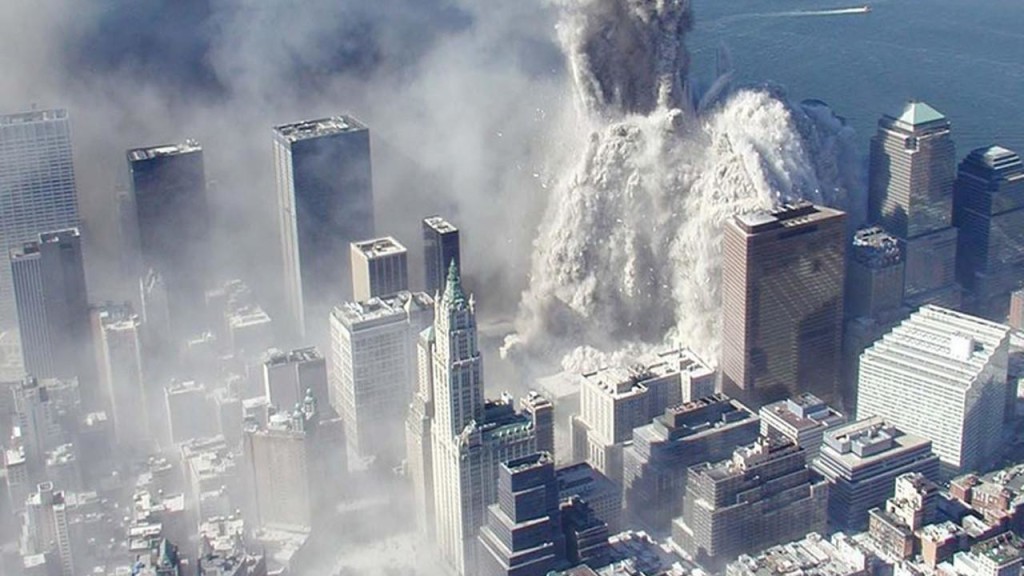 I have watched relatively closely over the past twelve years how America has responded to our greatest tragedy of a generation or more. Not since Pearl Harbor or the War of 1812 have we been attacked on our own soil with such dire consequences.

Today, like every 9/11 since 2001, news stations have been showing tributes, memorial montages and pieces highlighting the tragedy and heroism of that day. One thing I saw today that I have heard many times through the years was a statement by George W. Bush at the time.

“Freedom itself was attacked this morning by a faceless coward, and freedom will be defended.”

While there is some truth to what he said, I do not believe that our freedom was attacked by a faceless coward. I believe a God whom we have never seen with our eyes was allowing evil men to shake a nation that had been pushing Him out for years. All these years later, I am more confident in that than ever.

Two days before 9/11 I had a dream where an angel took me around Manhattan and showed me the collapse of the World Trade Center. He was somber and grieved by what he showed me. I saw the panic and terror and fear on people’s faces as they ran past the angel and I to escape the falling towers. After it was all over, the angel showed me a small and short-lived worship service that took place where the buildings had once stood. I was grieved that after such a national catastrophe America’s response to God was so small and so short.

When I awoke from the dream, I had no idea what it meant. Not until two days later when I watched it all over again, this time on television.

The Year of the Lord’s Favor? I have written a book about that encounter and what the Lord showed me would happen and is happening now called The Year of the Lord’s Favor? You can watch a short video about it here and buy the book at Amazon.com.

The reason I do not think our freedom was attacked was not because of any aims the terrorists themselves had, but because of the goal the Lord wanted as a result. Please don’t hear me say that the Lord struck those buildings and caused them to collapse. He did not tell me that. What I do know is that the Lord will allow evil things like that to happen when He removes His hand of protection, and He only removes His protection to get the attention of a wayward people.

If our freedom had truly been attacked on 9/11, we would have fought in every way possible to protect and extend that freedom. But look at the past twelve years. Instead of protecting and extending freedom, we have seen our freedom erode more rapidly than any time in our history.

In this past year alone we have learned that the NSA is spying on us all, the IRS is bullying political opponents and Christians are being told to leave their faith on the steps of their church when they leave. Our government looks to be fighting to suppress the freedoms of the American people more than anything else these days. In twelve years we have done more to destroy freedom domestically than any foreign terrorist ever could. So no, terrorists were not at war with our freedoms, or else we wouldn’t have been at war with them ourselves for over a decade.

No, what happened was the Lord was offering us an opportunity to repent and return to Him, an opportunity we did not take. Nor have we taken since then. Our churches have grown farther away from the Lord in message and deed and our nation is bearing the consequences.

The ways in which we continue to lose freedoms are also a wake up call from God. They are proof He is offering to us that when we try to forge a path ahead without Him, it will only work to our detriment. The more we say we are trying to fight for and extend our freedoms, the more we destroy them. That is because our freedom is founded and extended in God alone. Apart from Him, we have no freedom.

That building is nearing completion right now as we speak. We are living in days we will look back upon and realize they were the most pivotal time in America’s history. Will we choose to return to the Lord, America’s only hope and freedom, or continue to forge a path without Him that will lead only to pain and bondage?

I can assure you that freedom was not under attack on 9/11/01. Since then it looks like we have waged war on our own freedoms. I pray every day that the American people can see that clearly with their own eyes, but I’m not sure anyone cares. I cannot say that our freedoms will last much longer the way we are going, but what I can guarantee you is that if our freedom is under attack on 9/11/14, it won’t be by terrorists or foreign invading armies.

It will be by the hand of God Himself.