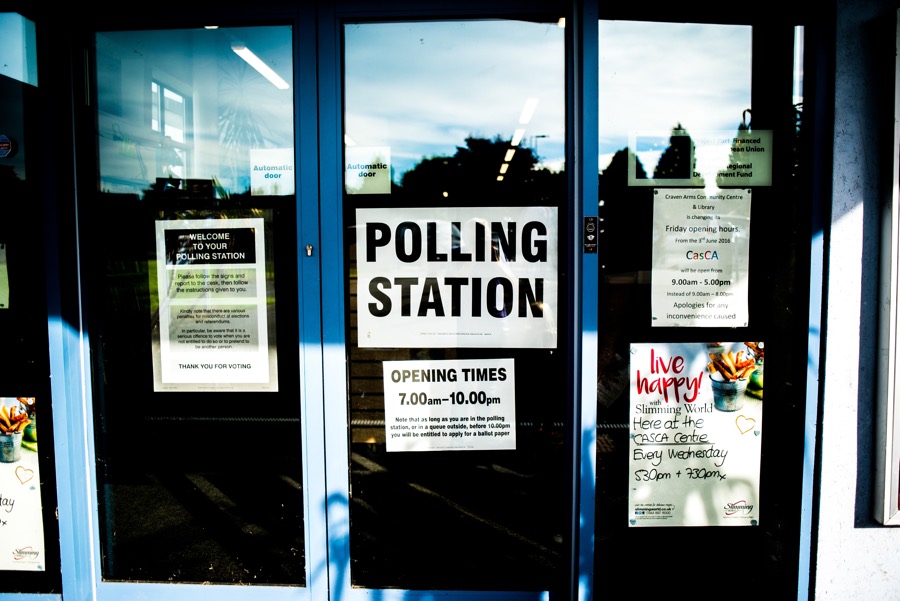 Tomorrow, barring any kind of “hanging chad” controversy, our long national tragedy will be over.

The election results will be in and around 50% of Americans will feel the nation is on the right track and 50% will believe it’s about to completely fall apart. That’s nothing new, at least not for the past several decades. What is new is that most Americans will not be especially happy with who will occupy the White House, regardless of who wins.

Regardless of who wins, there is a sense among almost everyone that our nation is sliding. Depending on who you ask, that slide will take many different forms, but that sense is very prophetic. The Lord is stirring people’s hearts to understand that something is very wrong.

The candidates that were chosen are not a mistake, but a perfect reflection of who America is and where we stand. After the election, when only one is left, we will not be better off, no matter who is elected. The Lord is trying to use this process to awaken us to pray. To return to Him. To seek His face.

History gives me little faith that this is what will happen. What I foresee happening is that if Donald Trump wins, most Christians will rejoice that “God’s man for the hour” has been selected and the nation will be on its way back to God and trust that the politicians we have chosen will return to us the nation we think we deserve. Evangelicals will fall lockstep with the Republican party in wanting to support our president in whatever he chooses to do, because God gave us a man who will “make America great again.”

Christians who have been praying for this outcome, not necessarily for America to repent and return to the Lord, will settle in and either stop praying for our nation altogether, or pray very little. They will make excuses when Republicans do little to move the causes of religious liberty, abortion and fiscal responsibility in the right direction. They will simply assume that since the “right candidate” won, God is on our side.

What I foresee happening if Hillary Clinton wins is that every evangelical Christian will throw their hands up in disgust and prophesy the end of America as we know it. They will call the nation to prayer and fasting so that God will have mercy on our souls, but use those prayer times mostly as opportunities to speak evil against her. Instead of praying and fasting for God to forgive us and heal our land, they will lament what could have been.

Why I See This

That is what I foresee, not prophetically, but from experience. I watched as George W. Bush, “God’s chosen vessel,” was elected to end the years of the evil Clintons. I watched as people stopped gathering to pray for our nation. I watched as we were attacked and people chose to put their faith in “God’s man” to do the right thing rather than to weep between the porch and the altar for our nation.

As the Lord shook our country, instead of falling on our faces before the Lord, we chose to believe that He had given us the right leadership because our president went to church. We watched in near solidarity as we attacked countries that had nothing to do with 9/11, as the pro-life cause legislatively stalled out almost entirely and as government was expanded in ways never before imagined.

I watched as Barack Obama was elected how so many threw up their arms in disgust. They believed that our nation was headed for the toilet. It motivated people to fast and pray, again mostly to bash the wrong man that God could not have appointed, but people did pray. I watched as the pro-life movement doubled down and began to see real change, not just legislatively, but also in action.

For both of our past presidents, I have seen complacency and pessimism, respectively, among most believers as to the direction of our nation. I see that happening again regardless of who is elected.

That is what I foresee. But there is a better way.

The truth is that regardless of who has been in our highest office, our nation has continued to slide. The candidates we have now is a mirror reflecting our current state as a nation. The Lord is trying to get our attention to fast and pray for the direction of our country.

What I pray happens after the election this year is that believers would gather together to fast and pray regardless of who is elected, because they see the truth that neither candidate will be able to right our ship. Our nation’s trouble is bigger than either candidate. We are in a place where only supernatural intervention can spare us from the fate we have before us.

If Donald Trump is elected, will you choose to pray for our nation and pray for our leader that his heart will be humbled to the point where God can use him to direct our nation down the path of the prayers of the saints?

If Hillary Clinton is elected, will you choose to  pray for our nation and pray for our leader that her heart will be humbled to the point where God can use her to direct our nation down the path of the prayers of the saints?

The Lord’s Choice Is To Motivate Us

The one who wins will be the Lord’s choice for the direction of our nation. That direction will not be their policy platform, but the sum total of the prayers of the saints for this land. The Lord will choose one, and His choice is not a vote in confidence of their character, but a tool to motivate His people to pray and cry out.

Will you commit to praying even more for the direction of our nation than you have been before the election? Now is not the time to let up, but to double down and seek the Lord for mercy over our nation.