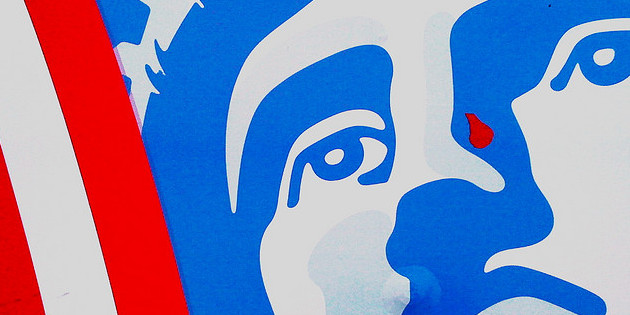 (Darren’s note – I already had a rough draft of this before today, and I thought it would be good to share today in light of the Newtown, CT shooting. I grieve for the families that lost sweet, dear children today.)

Most people phrase that as a question. Why do bad things happen? No one has or ever will be able to give a satisfactory answer to that because both the question and answer defy logic. It is an impossible question to answer.

When we’re grieving and asking that question, it’s never our brains or a rational thought process that causes us to wonder “why,” but rather it’s our emotions. Our heart (emotions) and our brains (mind) are two things that don’t play well together.  No matter how rational and logical a person you think you are, chances are your actions and decisions are probably dictated more by emotion than logic. If you’re human, that is.

When bad things happen, we want our mind to comfort our grieving hearts, but it’s never any help. No manner of rationalization, logical processing or critical thinking will satisfy a grieving heart. We can’t change our emotions with logic, we can only choose how we respond to our emotions. But our responses don’t change or lessen those emotions.

That’s why answering why bad things happen is impossible. We can’t give our hearts the answer it longs for, because an answer isn’t emotional. It’s rational. Our heart wants comfort. Our heart wants to feel good, and nothing can change that except time in the face of grief.

Yes, we can channel our emotions and choose appropriate, rational responses, but no answer lessens the pain of grief when bad things happen. Only comfort, empathy and sympathy help in times of trouble.

Instead of trying to comfort someone with long explanations of why God allows sin to persist or with a simple, “life sucks,” instead choose to comfort with silence, presence and affirmation.

“You Didn’t Deserve That”

I’ll end with an experience I had several years ago. I was at a Christian conference where another man my age was attending that I’d connected with over lunch one day. He’d told me the story of his divorce and how hard his life had been for a while. What he hand’t shared was anything about his daughter.

During one of the sessions, a prophetic man got up and began asking people to stand up as he started telling them things about themselves he had no way of knowing. When this man was asked to stand, the prophet asked, “Tell me about Esther. Was she your daughter?”

“Yes,” he replied, instantly beginning to tear up.

“Nobody deserves what you went through. Nobody deserved that. You didn’t deserve it. I’m so sorry for what happened,” the prophet responded.

“She was three, wasn’t she?” he continued

By that point there wasn’t a dry eye in the room, including mine. I cry now thinking about it.

We Need God’s Comfort, Not Answers

That story still makes me cry because it’s the best example I’ve ever experienced of the comfort of God. God didn’t use a prophet to explain to the man why He took his daughter. He didn’t tell him why his marriage had to fall apart. What God did was comfort the man by telling him He saw it all and hurt alongside with him and that there was hope.

And that divine comfort was worth infinitely more than any answer he ever could have received.

When bad things happen we certainly want answers. But instead of trying to answer an unanswerable question; choose to seek the face and the voice of the One who brings eternal comfort.

That’s really the answer our hearts long for.