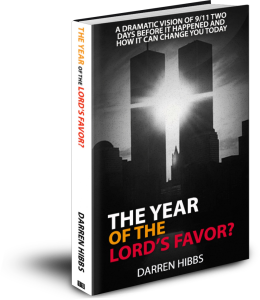 Originally, the building was colloquially called “Freedom Tower” as a symbol of patriotism and the “for God and country” sense that filled America in the years after 9/11. In the dream, I was there to work on it with all my Christian friends. We were going to help rebuild this icon of America. As the dream progressed, I saw the exterior of the new building enough to see that the glass wall was almost finished to the top and I was working on the top floor. And that’s when Satan entered.

I didn’t understand why he was there, but it became immediately obvious that he was now in charge. Then I realized he had always been in charge. I felt like I had been punched in the stomach. The feeling of betrayal was overwhelming. Why had this happened? Why had we Christians not seen this? How had we been so blind?

I felt like we were all working for something noble, something grand, but it had all been a lie. We were fighting the wrong battle for the wrong side.

In The Real World

Today, One World Trade Center stands as it did at the point in my dream where Satan entered. The glass is almost at the top and I think it is no coincidence some of the things that are going on in our nation right now. A few weeks ago the Supreme court heard two cases on the definition of marriage, both of which seem like they’ll rule in favor of homosexual marriage. The Gosnell abortion/murder trial has shown the evils of the abortion industry in a horrific new light and the nation is ambivalent. Then today I saw this headline: PENTAGON MAY COURT MARTIAL SOLDIERS WHO SHARE CHRISTIAN FAITH. I recommend you read the article.

I think this is the beginning of the betrayal I felt in the dream. I believe that Satan is now emboldened to step forward in our nation like never before. I believe the Lord is going to use this sense of betrayal to wake up Christians in America to the reality that politics, finances, military and social reform are not where our hearts should have ever been. It’s not that those things are bad, but they’ve taken the place of American Christians’ first love.

I believe the tables are going to begin to turn rapidly for followers of Jesus in America from here out. It’s going to feel like a punch to the gut for many people. The nation and leaders they’ve loved are going to turn on them in unexpected ways.

Time To Wake Up

But we can still turn the tide. I believe things can still change. God’s people, the church, must humble themselves and return to God with fasting and mourning and weeping (Joel 2), and He will hear us.

Today is a good day to set our hearts on hearing God’s plan for our nation. Today is the national day of prayer, something that has its roots in the crisis of war. We’re in an equally grave crisis now, but few perceive it.