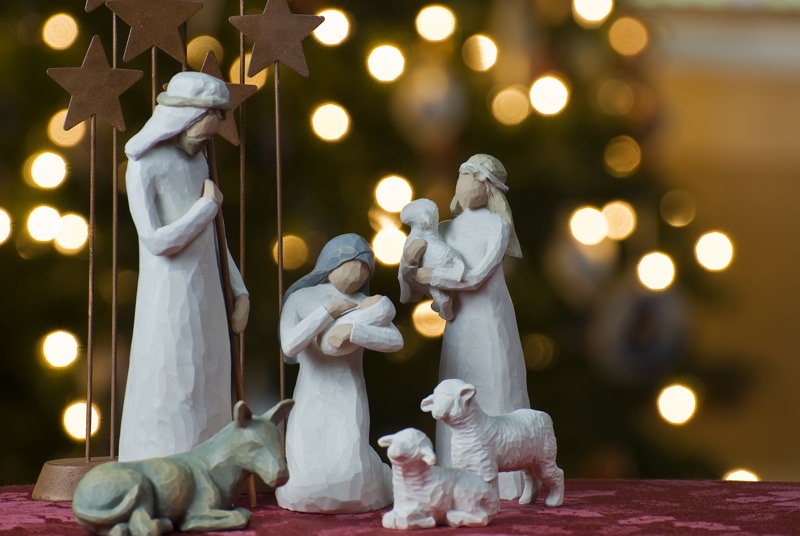 Christmas in America is a thing of beauty, isn’t it? Today I drove around my small town and was irritated that there were so many people out and about that I had to wait through one light eight times. But it’s not unlike the first Christmas.

It all came about because of one of the stupidest governmental decisions I’ve ever heard of. Luke tells us that Caesar Augustus issued a decree that the Roman world should be counted and taxed. That wasn’t the stupid part. Governments need money to run, especially those with military industrial complexes bent on world domination. No, the stupid part was that, presumably, the administration of that census and taxation was left up to the territorial leaders throughout the Roman world.

Carrying Out The Plan

Herod is the most likely candidate for who was responsible for how to carry out the census. I understand that there was some historical precedent for how He did it by having all of the people go to where they could associate with their tribal clans (Judah, Levi, etc.). What I don’t understand is why he chose to do it then. By Herod’s day, there was almost no tribal land left. There is little to no evidence that anyone owned their ancestral properties. To have all Israel go back to the places of their ancestral heritage seems a little silly to me.

Furthermore, in Joseph and Mary’s case, they were required to go to the city of David. For some reason, Herod, or someone, decided that Bethlehem would be his city. If it were me, I would have thought Jerusalem to be a more logical choice. I mean, have you ever read about David and Solomon. Between the two of them, they had like a bazillion wives. That’s a lot of offspring running around. Especially a thousand years later.

And all that offspring was required to descend upon little Bethlehem. Bethlehem is small now, it was small when David lived there and it was small when Mary and Joseph arrived. And since they were two of a bazillion offspring of David, there were no rooms for them anywhere. Either that, or the innkeeper who did have a room took one look at Mary and thought to himself, “She looks like she’s about to pop, and I know what kind of awful mess that will make. I’ll just tell them we’re out of rooms.”

So Mary and Joseph ended up in a stable. We’ve all seen the manger scene. Camels, donkeys and sheep, oh my! Jesus was born and laid in what amounts to a feeding trough amongst who knows what kind of filth.

What is truly amazing about all this is that none of it was random. It wasn’t just Augustus’ greed or Herod’s horribly inconvenient decision-making or someone’s decision to make Bethlehem the “city of David” instead of Jerusalem. No, every detail, from small to great was all a divine set-up. God orchestrated the whole thing with one thing in mind.

Jesus, the God-man, the Word made flesh, Emanuel, “God with us,” would be born in destitute poverty in Bethlehem to a virgin to fulfill all the things He had prophesied about Himself centuries before. Jesus surrounded Himself with a swarming mass of inconvenienced and poor humanity on purpose, and He did it for us. You can’t get any poorer than having your first crib be a repurposed feeding trough. He has surely born our sorrows and felt our pain.

Surely he took up our pain and bore our suffering, yet we considered him punished by God, stricken by him, and afflicted.

And all of this He chose for Himself. It was His plan, flawlessly executed. Angels telling shepherds, stars alerting wise men and prophets in the Temple in Jerusalem were all part of the plan. It was dirty, inconvenient, impoverished and crowded. And it was all set up that way.

So maybe as you do your day-after-Christmas-shopping this year, think about that. Maybe the fact that you’re standing in line for 45 minutes at Wal-Mart to return that third copy of Dora Season 4 isn’t just an inconvenience, but a divine set-up. Maybe God put you up to it, and all you need to do is open your eyes to the mass of hurting humanity around you.

No, I don’t like it either. Nobody does. Neither did Joseph and Mary. But their eyes were open, and Mary slowed down enough in the midst of inconvenience, chaos and filth to “ponder all these things in her heart.”

Maybe it’s time we slowed down and did the same. What will God say to you in that long line at Wal-Mart tomorrow if you ask Him?