Does God Reveal His Plan to Prophets? 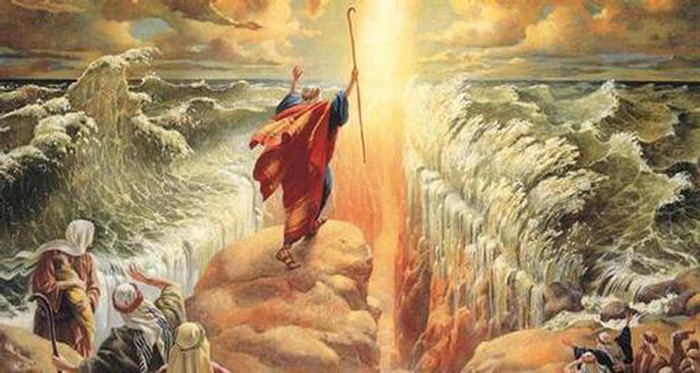 Surely the Sovereign Lord does nothing without revealing his plan to his servants the prophets.

This is an oft-quoted scripture when it comes to the prophetic ministry, but many people look right past the fact that it applies to them.

Who are the “prophets” the Lord was speaking to Amos about? Spiritual supermen who hear the Lord whispering in their ear about every decision in life? You may not say it quite like that, but I’ll bet that in your heart you believe it like that. It’s not true, though. You are who the passage is talking about.

You may not consider yourself a “prophet,” and I think that is just fine. When most people think of the word “prophet,” they think of Elijah and Isaiah. It’s better not to walk in the presumption of such an office if you have not been called to it, but you have been called to prophesy.

I like to call this the concept of “Big P” Prophets and “little p” prophets. I know one “Big P” prophet, named Draper. He operates at a level of anointing and accuracy that I’ve only heard about besides my interactions with him. I consider myself a “little p” sort of Christian. Let me break down the distinction with two passages of scripture.

28 And God has placed in the church first of all apostles, second prophets, third teachers, then miracles, then gifts of healing, of helping, of guidance, and of different kinds of tongues. 29 Are all apostles? Are all prophets? Are all teachers? Do all work miracles? 30 Do all have gifts of healing? Do all speak in tongues? Do all interpret?

Here Paul tells us that God has appointed only some to be apostles, prophets, etc. We are not all “prophets.” He doesn’t capitalize this phrase, but that’s where I take a little license for the purpose of explanation. What Paul is talking about here is a person who is a recognized Prophet, someone who is uniquely anointed with the gift of prophecy for the encouragement of the church. Not everyone is this person. But Paul doesn’t stop there. He goes on to define something else.

1 Follow the way of love and eagerly desire gifts of the Spirit, especially prophecy. 2 For anyone who speaks in a tongue does not speak to people but to God. Indeed, no one understands them; they utter mysteries by the Spirit. 3 But the one who prophesies speaks to people for their strengthening, encouraging and comfort. 4 Anyone who speaks in a tongue edifies themselves, but the one who prophesies edifies the church. 5 I would like every one of you to speak in tongues, but I would rather have you prophesy.

You Should All Prophesy

Here Paul extends the gift of prophecy to all believers. Not only does he extend the invitation to us, he commands us to seek prophecy. That is very different from his previous statement just two chapters earlier. He didn’t forget what he said just paragraphs before; no, these two concepts exist within one thought to Paul, and more importantly, to God.

God has uniquely placed some as prophets, but we may all prophesy. Having significant prophetic experiences does not make you a prophet, necessarily. Being a “Big P” prophet is not something most of us need to worry about claiming for ourselves. In fact, it is always much better to have others tell us we are something than to claim it for ourselves. I encourage you to steer clear of such presumption.

But the concept of “little p-Big P” prophets brings us back to Amos. If we may all prophesy, who was God speaking to in Amos 3:7? The answer is easy: He was speaking to you!

Notice how God doesn’t say in Amos 3:7 that he reveals His plans to “a prophet,” but to “His prophets.” That is critical. As a church, we must understand that the prophetic leadership of God does not lie within the spiritual experience of just a few “Big P” prophets. No, it exists within the spiritual experience of the whole church. When we all seek God to hear from Him prophetically, He will surely reveal His plans to us.

If you read Amos 3, you will quickly notice that God is specifically speaking in context to judgment, calamity and destruction. He is saying that He will not do such things without first revealing His plans to His prophets. That is where I have some empirical evidence.

I have noticed over the years that when things go bad in society, very few “Big P” prophets receive revelation about it. 9/11, Katrina, etc. I’m not saying that God doesn’t speak to them, but I have noticed that before these kinds of things God primarily speaks to a multitude of people no one else would have guessed He would speak to.

I have seen churches where several people walk in anointed prophetic ministries, but the Lord speaks nothing to them about the secret problems the church is going through. I have also seen in those same churches that the Lord will show the problems to multiple people who never thought they could prophesy before.

In both situations, with large calamities and small church problems, I have seen that God chooses to speak to larger numbers of little, weak, out of the way people before He reveals things to established prophetic ministries. He does this on purpose.

God has chosen to do things this way so that we do not have a professional class of prophets that we put on a pedestal to know every little detail of God’s master plan.God has chosen to humble us all by entrusting to us all the mysteries of His glorious kingdom. We cannot exist with just a few pastors, apostles and prophets. We need the entire body of Christ, exactly as described in 1 Corinthians 12. The problem the church has is that we do not make room for people who are not “Big P” prophets to come forward with words of such weight. I am not suggesting “open mic” prophet night (anyone who has seen such a thing knows just what a disaster it is). What I am suggesting is creating a culture in which anyone can bring forward a prophetic word to the leadership that will be heard. Sometimes the Lord will use multiple people in a church with prophetic words as multiple points of data for the leadership. God can use such things to give them confidence in His direction.

So, even if you are a “little p” variety of prophet, don’t count yourself out. The Lord can, and will, speak to you about even the largest of events. I’m proof positive as I wrote about in my book, The Year of the Lord’s Favor.

Has the Lord shown you things before that you were too embarrassed to share, or just didn’t think anyone would listen? You’re in good company, but it is time to rise up and speak, pray and act.