Does God Speak In Dreams? 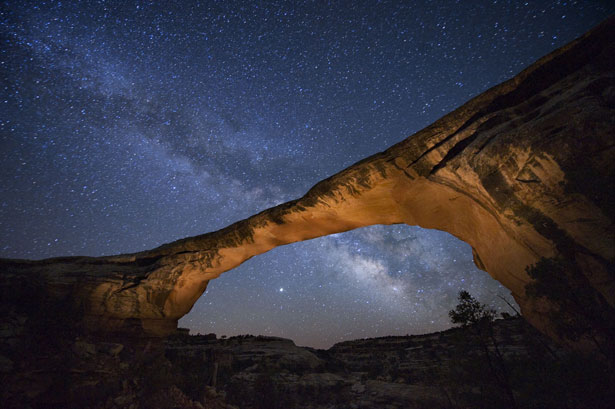 If you’ve read anything on this website before, you probably already know the answer to that question.  But it is still a valid one.  God speaking to individual people in 2011 through a dream is really a very odd proposition if you think about it for a while.

First, dreams are already a very strange environment to receive information.  Your conscience self is not currently working, only our subconscience.  Secondly we’re, well, asleep.  Third, no matter how real or clear the dream was it always seems at least a little fuzzy once we wake up.  God, why would you speak to us in a dream?  That seems like such an odd way to communicate with us!

My friend Draper once told me that God only spoke to people through dreams who weren’t listening.  I strongly disagreed.  There are just too many biblical examples of people who definitely seemed like they were listening who God spoke to profoundly in dreams.  And I’d had a bunch of dreams from the Lord, and I felt like I was really listening.  We disagreed (humorously) on that matter for at least a year or two.  Then when day he told me he had been praying one afternoon and the Lord gave him a dream about me.  I’ll spare the contents of that dream here, but my response was, “Okay, two questions Draper: first, the Lord spoke to you in a dream?  And second, you were having a prayer time and God spoke to you in a dream?”

I still laugh about that today (and I think Draper does too), and anyone who’s spent any time in prayer through their lives has to admit to falling asleep more than once.  And Draper has had more accurate words from the Lord than anyone else I personally know, dreams or not.

But still, why does God speak through dreams, and how can we grow in our ability to hear the Lord clearly when He speaks in dreams?

The God Who Arrests Attention

I believe the main reason God speaks to us in dreams has something to do with Draper’s original sentiment.  It’s not that God only speaks to us in dreams because we’re not listening during the day, but because when we’re asleep we are a captive audience to no one else.  It’s the only time our mind is a complete blank and the Lord has a canvas with which to paint a beautiful, albeit mysterious, picture.  When I’ve been sure I heard the Lord in one way or another during the day, there’s always a little hint of doubt in my mind because I know that my mind is always running and I have an imagination that my kindergarten teacher helped me put there.  There’s always a hint of “was that God, or just me?”

In a dream, there’s many times little doubt.

Take Joseph.  He was going to put Mary away for seemingly having slept with another man and getting pregnant when an angel appeared to him in a dream and told him what the real story was.  That was convincing enough that a man married a pregnant woman he believed to be a virgin!  Again, after Jesus was around two years old, the evening after the Magi had left their house Joseph had another dream where an angel visited him and told him that he had to take Jesus and Mary and flee in the middle of the night as soon as he awoke from the dream.  He did just that and Jesus’ life was spared.

There was obviously no doubt in Joseph’s mind that God spoke through dreams, and he was sure when he’d heard clearly from God in one.  I’ll say that personally I’ve had one dream in my life where an angel was involved, and there was no doubt it was God.  I’ve had many others where there weren’t angels and I was still sure it was God, even in the dream sometimes.  But the lion’s share of my dreams that have been from the Lord have been puzzling as to their meaning and source.

I’ve heard many people refer to odd dreams that don’t seem to make any sense as “pizza dreams.”  What they mean by that is that they had too much pizza before they went to bed and their subconscience was running in overdrive because their body was working overtime processing that late night food.  I definitely believe that can happen, but I think it’s a dangerous way to interpret dreams.

My admonition is that we shouldn’t be too quick to dismiss any dream, no matter how strange, as a “pizza dream.”  I’ve had so many dreams that seemed so dark and quizzical that I wanted to discount, but I pressed the Lord for some meaning and on several of them realized exactly what the Lord was speaking.  What I’m saying is I think it’s a much safer proposition to assume the Lord is speaking to us first, then after we’ve exhausted all possibilities of God having spoken to us, then we can write the dream off as indigestion.

When Jesus came and spoke in parables, it wasn’t so that we’d have great stories by which to better understand the truths of the kingdom of God.  No, in His own words He said He spoke in parables to fulfill a prophecy in Isaiah.

He told them, “The secret of the kingdom of God has been given to you. But to those on the outside everything is said in parables so that, “‘they may be ever seeing but never perceiving, and ever hearing but never understanding; otherwise they might turn and be forgiven!'” (Mark 4:11-12)

Did Jesus not want people to hear the Word of God and repent and be saved?  Of course He did!  What He did, however, was only explain the truths of the kingdom clearly to those who wanted to know bad enough to come to Him afterward and ask what on earth He meant by a parable.  In fact, we don’t understand Jesus’ parables because they so clear, but because we have the benefit of the running commentary in the scripture where He explained them.  It’s the same with dreams.

God speaks to us in riddles and dark sayings in the night when only our subconscience is running, not so that we’ll have clear understanding, but so that we’ll run to Him who gave us the dream to ask what on earth it meant.  Dreams are God’s way of engaging us more in conversation with Him.  When we have a dream from God, rarely is the meaning apparent solely from the dream.

I’ve had a few dreams which needed no interpretation because the events happened the next day exactly as they happened in the dream.  But they are rare.  Mostly, dreams take work and time spent in scripture and prayer to understand.  God doesn’t normally give us a dream as the message, but as the “teaser trailer” for the actual message.  In the same way, parables weren’t Jesus’ way of teaching, but His way of sifting out those not interested in hearing His voice.

Are we open to hear God’s voice?  Dreams are a major way in which God speaks to us.  God loves us enough to speak to us in the night with a faint whisper of what’s on His heart for us.  When we awake, our mind remembers a foggy experience, and if we’re truly hungering for God, we long to hear from Him what the meaning is.

Unfortunately, there’s been far too many times where my heart didn’t hunger for God to reveal the meaning of a dream.  I wrote it off in one way or another, and I missed an opportunity to receive revelation from God.  But I long to ever increase in my hunger and desire to hear from the Living God who knows me, sees me and loves me.

One thing is for sure with dreams: they are hard to remember.  That’s why it’s really important to write them down.  I’ve encouraged people if all they can do is have a notepad and pen handy to scratch a tick mark on the paper in the middle of the night so they remember they even had a dream that night.  The best thing to do, of course, is to write down the substance of the dream as close to having it as possible.  That may mean a lot of writing at 3 in the morning, but it’s worth it if we can hear more of the Lord’s voice.

Another thing to remember is that no dream, no subjective supernatural experience, will ever go against the rule of scripture.  What I mean is that no principal laid out in scripture will ever be broken by God in a dream.  For instance, if God tells you in a dream to divorce your wife and run off with another woman, throw it away.  We can know for sure that’s not from the Lord.  Or if God has told you to start a new religion where you are the next incarnation of Jesus, toss it quickly.

Scripture is our final authority over subjective experiences like dreams.  That doesn’t mean there has to be a precedent in scripture for the details of each dream, but the content of a dream cannot go against God’s Written Word.  For instance, I had a dream recently where God told me not to cut out a plant in our little vegetable garden because it was about to produce fruit.  There’s no case in scripture where God told anyone not to cut out a plant because it was about to produce fruit.  To the contrary, most of the references to plants that don’t produce include God telling us they will be pulled up and thrown in the fire.  But I saw bees working to pollenate this unproductive plant and then it bore great fruit.  Then the Lord spoke to me in the dream not to pull it up because it would produce great fruit.  The next morning, this unproductive plant of over three months had 7-10 bees buzzing around it.  Within days the fruit began to form.

Now I know God can care about things even as small as a garden plant, but the message was not about the plant.  I won’t divulge exactly what it was about here, but my point is this: nothing in the dream went against scripture.  The dream was a message from God that scripture couldn’t have given me–a directive about something that was currently going on in my life in 2011.

There’s no passage in Mark or 1 Timothy that tells Darren Hibbs to go do something on October 7th, 2011.  But the same God who wrote that scripture can still speak to us today, and dreams are one of His chosen ways to do it.  The question is, will we be listening?