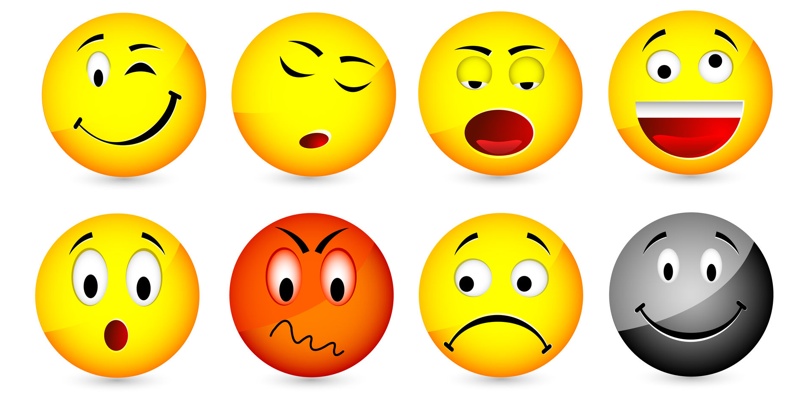 One of the recurring themes I have heard over the years against people who seek the Holy Spirit to speak, act and direct their lives is that they are overly emphasized on emotions. This is mostly a criticism of people others would deem “charismatic” in theology and practice. While we can point to excess and the ridiculous in almost any movement or camp, I want to explain why emotions and emotionalism, and how you deal with them in your own life, are foundational to your Christian walk.

The idea goes that we must not be emotional Christians, but rooted and grounded in the objective Word of God. We must not base our understanding of scripture on any emotional experience, but stoically upon our intellect’s ability to perceive truth in what God has revealed. This is particularly palatable to American and Western Christians whose cultures have at their root the scientific method. We esteem ourselves to be a scientific people who make our greatest decisions based on hard fact and science, not the emotions of the moment.

Don’t get me wrong. I love the scientific method. This article is not a God vs. science debate. I love them both deeply. What I am saying is it is not possible to detach yourself from your emotions. Everything you do, read and think is perceived through the filter of your own emotions. It is who we are as humans.

How often do scientists “fudge” their numbers to get the result they want? (In case you’re wondering, it happens shockingly more than anyone wants to admit). Even if that little white lie on a scientist’s data sheet is inconsequential to an outcome, it was a lie rooted in an emotional attachment to something other than science. In a similar way, we have taken the scientific method and applied it to our hermeneutical techniques without a concern for our own inability to be purely scientific as human beings.

For starters, to become a Christian is a purely emotional experience. No person is able to come to faith in Jesus because of their intellect and their own ability to ascertain the cold, hard facts of Jesus’ Godship. No human has ever been able to accept Jesus as Lord, repenting of their sins and asking for His forgiveness without great emotions. It is the most humbling, joyous and heart-changing experience in anyone’s life.

God did not say “oops” when He created humans with emotions. He did it on purpose. He made us incapable of doing anything without seeing through the lens of emotions on purpose. He wants us to feel the realities of life that He has laid before us. Experience and emotions are powerful factors that guide almost everything we do, regardless of how scientific and detached we think we can be.

The key is not to overcome our emotions, but to learn to use them and control them. God does not want us emotionless, but mature in our experience of them. Zeal for God is an emotion that carries high marks with God, but it must be understood and controlled. Take these two stories:

When Phinehas saw an Israelite elder go in to sleep with one of the Midianite women who were causing Israel’s downfall, he took a spear and drove it through both the elder and the Midianite woman, killing them both. Graphic on so many levels to be sure, but look what God had to say to Phinehas.

10 The Lord said to Moses, 11“Phinehas son of Eleazar, the son of Aaron, the priest, has turned my anger away from the Israelites. Since he was as zealous for my honor among them as I am, I did not put an end to them in my zeal. 12 Therefore tell him I am making my covenant of peace with him. 13 He and his descendants will have a covenant of a lasting priesthood, because he was zealous for the honor of his God and made atonement for the Israelites.”

Contrast that with the zeal that Saul had in the book of Acts. The emotional disgust he had for Christians led him to hunt them down and throw them in prison. Saul was driven by his zeal, as he said in Acts 22:3. His zeal, however, was misguided. It led him to imprison and martyr those God loved. God arrested his attention on his way to Damascus and had this to say, “Saul, Saul, why do you persecute Me?” (Acts 9:4).

In both of these cases, the harshest of actions directed by the deepest of emotions are involved. Phinehas God praised and Saul God rebuked. Neither of them did He rebuke for their emotions, but their actions. And that’s the key.

Our ability to control, and not overcome emotions, is what is key. When we experience deeply, we respond greater. God wants our zeal, but He wants us to be zealous in righteousness, not in sin. Listen to the words of God Himself to Cain:

6 Then the Lord said to Cain, “Why are you angry? Why is your face downcast? 7 If you do what is right, will you not be accepted? But if you do not do what is right, sin is crouching at your door; it desires to have you, but you must rule over it.”

God addresses Cain’s emotions and tells him that he must rule over them or they will lead him into sin. Not destroy them. Not abandon them. Rule over them. Our emotions must submit to our will, not the other way around. When we control our emotions they are the most powerful force in our lives for good. They cause us to love deeply, experience joy fully, feel happiness more extravagantly and experience righteous anger. If we deny them, we will be deceived by them and lose control of them.

Those who believe they can rid themselves of emotion are destined to be overcome by them, but those who desire to rule over their emotions will be set free to experience them in their fullness and use them to glorify God.

Since everything we do is experienced through the lens of our emotions, why not start to rule over them today. Ask God to teach you how to make your emotions your servant in serving and loving Him.