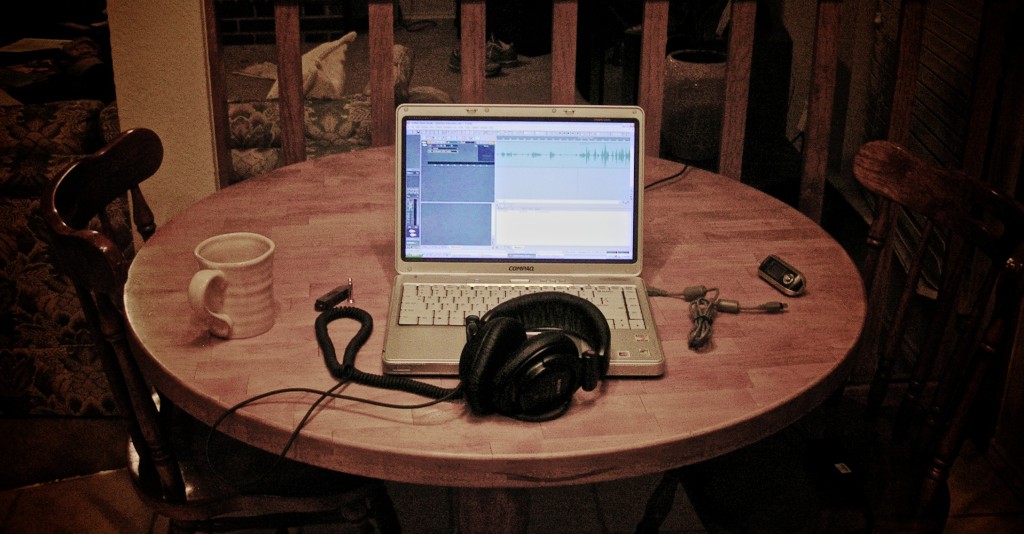 I’ve been asked many times why I have chosen to write and what my inspiration is. Most of the time I give the short answer which consists of some form of “I feel like this is what God has called me to in this season.” That’s a perfectly honest and fine answer, but if you have used that line before you know the full truth runs much deeper than that, so I thought I’d share my (not so) longer version today.

I had been toying with the idea of writing for a while, and so to be a little more intentional and serious about it I decided to buy a laptop. I hadn’t owned one before and I was finding that writing at my desktop computer was not the most conducive creative environment. We didn’t want to spend too much on one I was just going to use for writing, so we went in search of one.

My wife and I walked into a Best Buy and began the deliberation process of which one to buy. We looked at this one and at that one and, being a little bit of a geek myself, I weighed all the technical specifications and options of each one. After over an hour of discussion where we were waffling between what to do, we finally started to hone in on one in particular. We spent a lot of time in that Best Buy that day questioning which one we should buy, then whether or not we should even buy one.

Should I just be content with the desktop and suck it up and write there? Would it be honoring to the Lord to spend this money on a laptop? Do we really need it? What if I don’t get it, will my writing suffer?

Around and around we went with questions until we were so worn out of second-guessing ourselves, we just looked at each other exasperated and said, “Let’s just buy the dang thing.”

We grabbed a silver and black Compaq computer and headed out the door, glad just to be done with that buying experience. The round of questioning ourselves had completely worn us out.

I got my new trinket home and immediately went to work writing. Actually, I went to work installing all the software I needed to write, but I did get to writing the next day. I think we all know what that’s like.

The next day, however, I got a call from my good friend, Draper. He told me that God had given him a “crazy dream” the night before. In the dream, he and God were in a store watching my wife and I. He said we were there to buy something, but we couldn’t decide on what and if we even should buy it. He said we were wearing each other out and our constant waffling on a decision was beginning to wear him out, too.

Suddenly, God looked at Draper and said, “Tell them just to buy it, already! It will go to good use.”

Draper said that with all the same exasperation in his voice that my wife and I had the day before.

I was shocked at how what Draper was describing was exactly what Sarah and I had been through the day before, even down to the feeling of irritation at the whole process.

“Well, did God show you what we bought?” I asked.

“No. I don’t know what you bought or where you were shopping. God didn’t show me that, but He did tell me how much you paid for whatever you bought,” Draper replied.

I told Draper to hold that thought as I quickly ran and grabbed the receipt. If he knew what we paid, I wanted to know if he was right on the money, so to speak. When I found the receipt Draper told me how much we paid. I was stunned. He read me the exact number on the receipt.

At the time I didn’t fully understand what to make of all that, but I didn’t want to take it for granted, either. I printed a label sticker and attached it to the back of the laptop for all to see that said, “GOD’S LAPTOP.” I wanted to remember that story every time I picked it up to work.

As time went by, I realized that it wasn’t just the laptop that God wanted me to get, but it was the process of writing He wanted me to engage in. The phrase God used with Draper in his dream, “It will go to good use,” has stuck with me all these years. As I have tried to walk more earnestly in fulfilling my calling before the Lord, I have realized that writing is a large part of it. I won’t say that it comes necessarily easy for me or that I’m honestly all that good, but I know it is one way God has called me to “feed His sheep.”

This blog is one avenue I express that and I try to hone my writing skills and technique. Over time, I have actually taken that word from the Lord through Draper more and more seriously. The Lord has called us to many things throughout our lives, and at different times. I know that the amount I write will wax and wane, but I know for sure that it is something I must do the rest of my life in some form to fulfill my calling before Him.

How has the Lord given you grace to walk out your own special calling before Him? Have you asked Him recently what that calling might be?