Jesus, a Hot Dog and a Coke 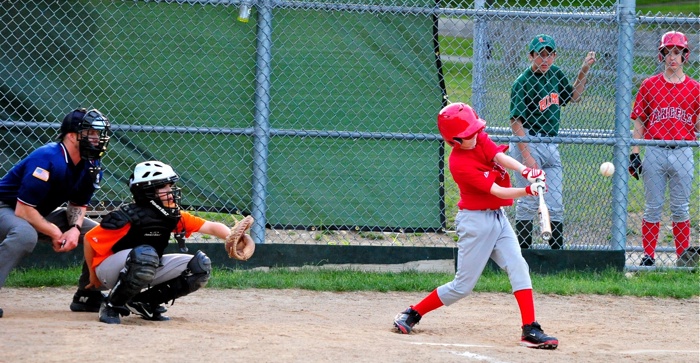 It was a hot summer, which didn’t help my work ethic. I was working for a company that to this day I still love the people there more than any place I’ve ever worked. The management was great and my coworkers were awesome, I was just mostly bored by the job. I was not doing the best I could, but no one could really tell because most of them liked me pretty well.

I was giving the job less than my all, though, and even if no one else knew it, I did. The Lord had already dealt with me once about giving my job less than my all and I found myself back in the same position again. This time around, my company was in a hiring frenzy and I was tasked with helping to interview a lot of candidates. The interviews had run their course for the most part, and things were starting to wind down, which I was happy about. It meant no more extra work.

A week or so after what I was sure was the last interview, I made plans to leave the office early, around 4 o’clock, to meet my wife for an early date. We were going to go out to eat, which was somewhat rare at the time with her busy schedule. I was excited about getting some quality time with Sarah when I got a call on my cell phone from an old friend.

“Good, man. I’m calling because I had a crazy dream about you last night,” Draper quickly replied.

I knew what that meant when Draper felt like calling me the next day after a dream. It meant it was important. I asked him to tell me what happened.

Draper said that in his dream, Jesus he and I were sitting at a Little League baseball game, sitting in the bleachers eating a hot dog and drinking Cokes. We were watching the game and having a good time. Draper said the seating arrangement was Jesus, Draper and Darren.

“How come you always get to sit next to Jesus?” I kidded with him.

Draper chuckled and continued. “We were having a great time and then Jesus looked at me and said, ‘Darren has been hiring people at work, and he’s not taking it seriously. Tell him to take it seriously.'”

I was stunned. Draper, who lived a few hundred miles away and certainly wasn’t privy to my inner thought life, read me like a book. In a dream, the Lord had told him exactly what had been going on with me at my job. I was instantly crushed. I told Draper that he was exactly right, even though the “hiring” wasn’t totally up to me, I had been involved in many interviews and I wasn’t taking it as seriously as I knew I should have been and certainly not as seriously as Jesus wanted me to.

I repented and silently told the Lord I was sorry for being so disobedient.

Draper acted like that was the end of the dream, but he quickly chimed in. “Oh, and one more thing. The Lord told me that He would give you one more opportunity today at 5:37.”

“That is oddly specific,” I thought to myself, then I remembered my date with Sarah that evening. “Draper, you really did hear from the Lord, but I think you might have missed it on that part. I won’t be here today at 5:37. I’m going on a date with Sarah,” was my sure reply.

Draper was unapologetic and unmoving about the date and time. He was 100% convinced that the Lord was going to let me have another shot at it that day and at that time, not another day. I tried to help him out a little and say that maybe he had heard wrong and it would be tomorrow, but he would have none of it.

I’ve had many exchanges with Draper like this through the years, and it is hard to put it in words the banter we’ve gone back and forth with, but it’s a happy part of our friendship in the Lord for me. I’m glad he didn’t back off of what the Lord showed him even with my insistence. We’re both pretty obstinate, but I believe so in good ways.

One thing was for sure: I was not going to cancel my date just because a “prophet” told me to do so. That is one thing I have seen far too many people in the charismatic church do is fall lockstep in line with something someone said and change their entire lives just because the person who said it claimed to be a prophet. I knew Draper was a prophet and I wasn’t about to do that. Even he can be wrong (although I can’t put my finger on a time that he has been). I know that I do not have to be intimidated by a prophet or prophetic word because I know that if my heart is constantly moving toward the Lord in an attitude of prayer, the Lord wins those situations. This was one such occasion.

I thanked Draper for being open to hear the Lord on my behalf and I hung up, fully believing that he was wrong about the date and time. I did leave at 4pm that day, but I only got ten minutes away from the office when my phone rang. Our secretary called me to tell me that both of my bosses were in a meeting they couldn’t get out of and they asked if I could come back and do an interview they forgot was coming in that day. It would have been enough to get me turned around that the people that rubber stamp my paycheck asked me to come back, but I knew that I had been set up by the Lord that day. I knew I couldn’t say no.

I turned my car around and rushed back to the office. I sat down and started the interview, going through our normal process and questions, but this time I was very focused. The entire time I was asking the Lord what he thought, paying attention not only to what the interviewee was saying, but also the subtle voice of the Holy Spirit. Eventually, my boss came in and helped me finish the interview. After it was over, he walked the interviewee out of the office, since it was now after hours, and I stared out the window pondering what had happened that day.

The man had answered all the questions the way we would like, but I kept feeling like the Lord said “no.” My boss walked back into the office and immediately asked me, “Well, what do you think?” I looked down at my watch. “It couldn’t be,” I thought.

Draper wasn’t a minute off. I’m not speechless very often, but in that moment I didn’t have an answer for my boss. I’m sure he thought I was a buffoon, but I was at a complete loss for words. I eventually stumbled out a “no” to his surprise. He thought the guy was great, but I knew the Lord had said no. Because I said no, my boss decided not to hire the man.

Listening to the Lord

I don’t know why the Lord said no. I’m sure the man wasn’t some kind of horrible axe-murderer or something, but my guess is that the Lord, who sees everything, knew he wouldn’t be a good fit for the company. How many times, you people who hire others, wish you could know that on the front end?

That experience is logged away in my heart as one of the most cherished rebukes and supernatural prophetic experiences of my life. I always try to ask the Lord what He is thinking about things like that now. The Lord really cares about our businesses, not just because He sees them as evangelism opportunities or paychecks to support the “truly important” work of the church, but because the actual work we do matters to Him.

I have had several prophetic rebukes from the Lord like this one, and in every case I can remember the Lord has always appeared to me as a friend. This time it was having fun at a baseball game. I love that even God’s rebukes are always meant for our good. I trust and ask the Lord for rebukes when I need them and can’t see it myself because He is always so good and kind to me.

Have you ever been rebuked by the Lord? Was He kind? Was He a friend?

Have you ever taken your job less seriously than you should because you don’t feel like it is the true “work of ministry?” I tell you, Jesus cares about your job, your company and your work. Not because of what it will do for the church, but because His church is where you are working.