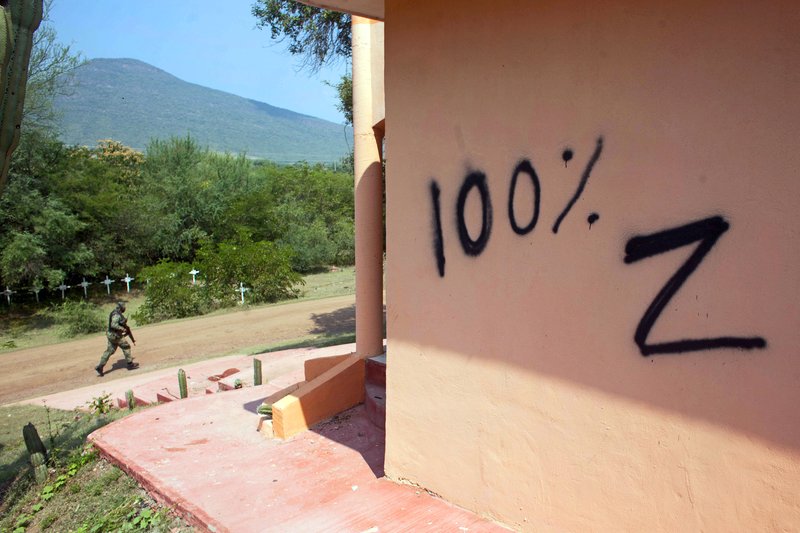 A few years ago I had a dream where I was in Fort Worth, Texas, with my wife and kids. I dropped them off in downtown and then I went to another part of the city to take care of some business. When I drove back to downtown, I was stopped by some thugs who wouldn’t let me pass. I got out of my car and told them to move because I had to go get my wife and kids. They approached me and told me I wasn’t going “in there.” I thought their terminology was strange. I didn’t know there was an “in there” for me to go to.

I looked them over in silence for a moment, trying to figure out who they were. They were both white guys, but I had the immediate impression that they worked for the Mexican drug cartels. I stepped toward them and told them again to move so I could get by. One of them got right up in my face and said I wasn’t going through them alive. Immediately I realized the seriousness of the situation–that their cartel had taken over the city.

Just then the dream changed and I saw a map of the city. The map showed that the cartel had immediately taken control of one-quarter of the city and the police were helpless to do anything about it. It had been a coordinated take-over and it happened in the time that I was gone for an hour or two after dropping off my wife and kids.

I don’t know if the cartels will literally “take over” parts of cities, or if it will literally happen within hours, but I do know that the Lord has warned me that the threat is very real. I understood from the dream that the ground soldiers for the cartels had been preparing for this day for some time through recruiting and training on US soil. I woke up from the dream with a dark feeling of tragedy that could have been easily avoided had our government acted in a timely manner.

I saw this article yesterday and it made me think of my dream. I told the dream a few years ago to some people and a friend referred me to someone “in the know” of some government operations, and he assured me that the recruiting was already going on. It seems that now it is public information.

Join me in praying for God’s mercy for our nations, and justice and salvation for those perpetrating these terrible crimes of murder and destruction.

Our time is short.

Here’s another article from Arizona. Thanks, Patricia, for the link.