Reflections of a Dream 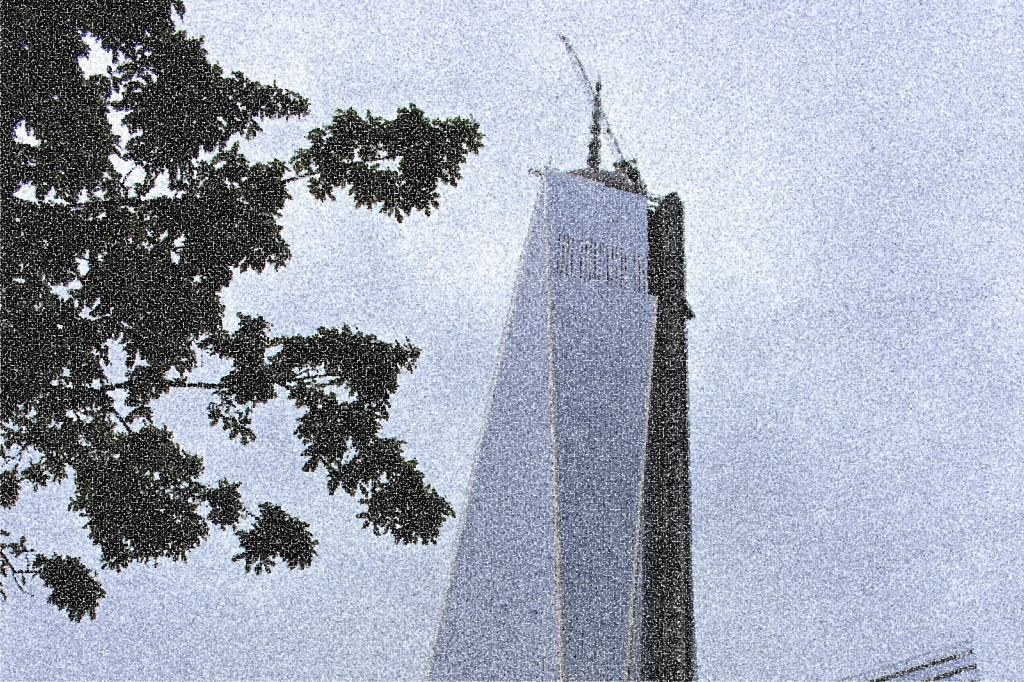 This article references the dream I have written about in my new book, The Year of the Lord’s Favor? You can download the first two chapters for free here.

When I stood looking up at the building that would replace the fallen twin towers in my dream over ten years ago, I had no idea what I was looking at. Sure, even in the dream I knew I was looking at what would become known as “Freedom Tower” and later “One World Trade Center.” What I didn’t know is that what I was seeing was real. Or at least that it would be.

When Peter encountered an angel telling him to walk this way and that out of a prison, he didn’t realize it was real life. He thought it was a dream. The story is in Acts 12:

7 Suddenly an angel of the Lord appeared and a light shone in the cell. He struck Peter on the side and woke him up. “Quick, get up!” he said, and the chains fell off Peter’s wrists. 8 Then the angel said to him, “Put on your clothes and sandals.” And Peter did so. “Wrap your cloak around you and follow me,” the angel told him. 9 Peter followed him out of the prison, but he had no idea that what the angel was doing was really happening; he thought he was seeing a vision. 10 They passed the first and second guards and came to the iron gate leading to the city. It opened for them by itself, and they went through it. When they had walked the length of one street, suddenly the angel left him. 11 Then Peter came to himself and said, “Now I know without a doubt that the Lord has sent his angel and rescued me from Herod’s clutches and from everything the Jewish people were hoping would happen.”

I find several things interesting about Peter’s experience. First, Peter was obviously peacefully ready to die. The next morning, Peter was slated for death at the hand of Herod. The angel had to whack him to wake him up. Second, Peter thought the whole time he was seeing a vision. Peter had some visions before this, so he was no stranger to how real they must have felt.

This is what interests me about his experience. Peter was actually walking with an angel through Jerusalem and he couldn’t tell it was actually happening. I’ve had several dreams that were so profoundly real, I couldn’t tell when the dream stopped and when I was awake. My dream in 2003 about the World Trade Center’s replacement building was just such a dream. It felt so real. I saw so clearly in the dream.

Most dreams are fuzzy. In many dreams, details are scarce the next day. But when I awoke from that dream and heard the voice of the Lord say, “That building will be a sign and seal of My judgment against America,” there was no fuzziness. It was one of the most real encounters I’ve ever had in my life, but I was asleep for most of it.

As the building began to take shape in 2011 and 2012, I was struck by the fact that I had already seen it. I was dumbfounded, actually, by how real my dream had been. So real, that the images are stained in my head. I can still picture in my mind what it looked like and how I was standing, much like you would when something traumatic or eventful takes place in real life.

So when I stood on the site of Ground Zero and looked up at One World Trade, I expected some profound moment to capture me. I had just spent time crying over the lives lost when I read the names at the 9/11 Memorial fountains, so I was expecting to be equally as moved by the site of my dream.

I’d Already Been There

I found the exact spot where I had stood in my dream and gazed up at the beautiful glass-clad building. And I felt nothing. Emptiness.

I snapped a few photos, but nothing inspiring. I said to myself, “This was the spot.” But really, I was curious why it seemed so anticlimactic.

My experience was much like Peter’s, just in reverse. He thought he was dreaming in real life and I thought I was in real life when I was dreaming. Once I was actually there, I realized the lines between reality and my dream were fuzzy.

That has given me a sobering take on the message behind the dream. I’m sure Peter, after a few days of contemplation, came to the conclusion that he had a very weighty task on his shoulders. Days before, the apostle James was martyred with no supernatural rescue. Peter was rescued by an angel and very shortly afterward, Herod died a most peculiar death. Why had God spared Peter? What was his mission? I imagine Peter asking those same questions of himself.

I’ve been contemplating how to treat this information. I can’t convince anyone else of just how real the subjective experience I encountered was. I can’t express how there truly was no difference between standing in Manhattan last week and a decade ago in a dream. But what I can do is sound the alarm for what God has given me.

Peter was given a task. Judea, Samaria, and the ends of the earth. Make disciples. After the angelic salvation, I’m sure Peter doubled down on that assignment. After last week, I feel the urge to do the same with my assignment.

The message God gave me was clear. America’s time is almost up. We can’t stand to wait another moment before we cry out for Him to forgive us and heal our land. Please hear me clearly: we don’t have another decade. We don’t have another year, month or week. We don’t have tomorrow. We have today. If we cry out to Him today and repent, maybe He’ll give us tomorrow. And if we use tomorrow, maybe He’ll give us another day. The more days, the more time we have to reach more people with a burden of prayer, repentance and humility. The more people we reach, the greater our odds are of truly changing this nation.

Help me call this nation to prayer, repentance and humility. God always hears. He will hear us.