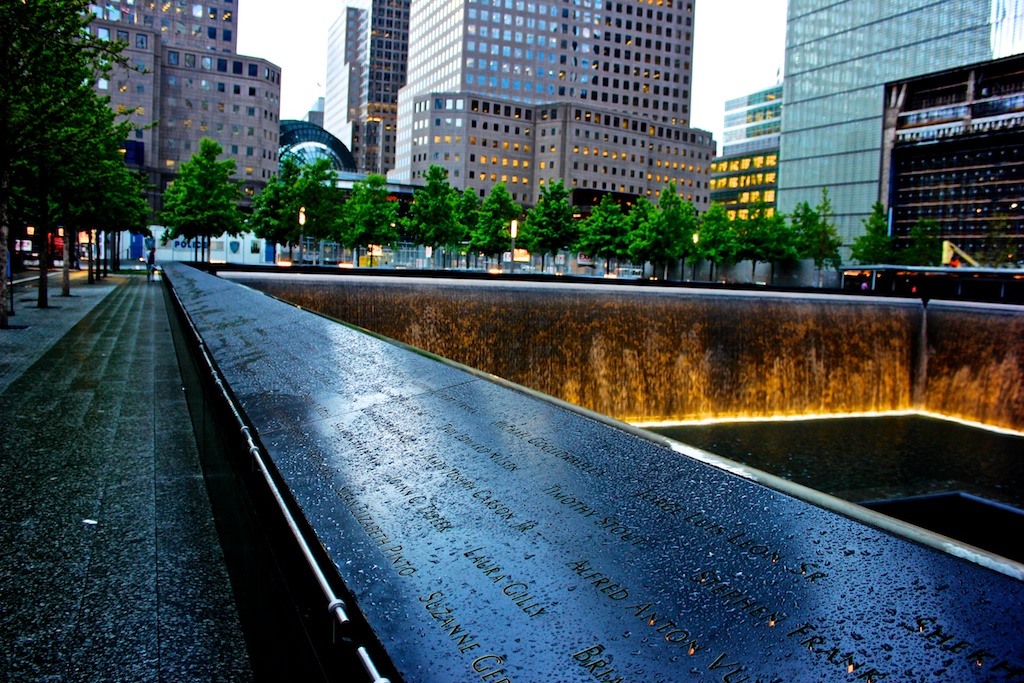 On September 9, 2001, I had a dream where an angel showed me the collapse of the World Trade Center’s twin towers. That was two days before it actually happened. Then I had another dream in March of 2003 where God showed me the building that would take their place. I encourage you to read about it in my new book, here. Anyway, enough of my shameless self-promotion. After 34 years of life and 10 years since my dreams I finally made it to New York to visit the site where one of the most dramatic encounters of my life took place. As I walked around the 9/11 Memorial site I found the very spot where I stood in my second dream. It was surreal to stand in a place that I had only known in a dream, but it was so real. From the courtyard of the 9/11 memorial I was able to catch a glimpse of the building exactly as I had already seen it.

The emotions that filled my heart were overwhelming. As I walked around the footprints of the two fallen towers I looked at the names of those that died on September 11, 2001. I was undone by the grief that I felt that so many people had to lose their lives. I still lose my composure when I think about how I was shown beforehand what would happen and that I was powerless to stop it.

I don’t want those people to have died in vain. I want their legacy to remind all Christians in America to pray, fast, repent and turn their hearts to the Lord for the salvation of our nation. Please help me in making sure those nearly 3,000 Americans didn’t die in vain, but that their lives that were cut short would cause us all to rekindle a fire for God that this nation needs.