The State of the Bible in America 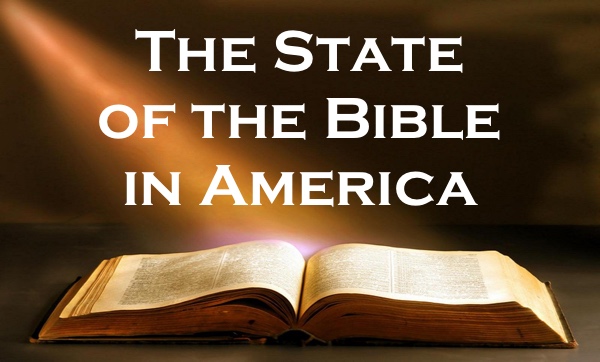 I have been doing some research lately into how churches and Christians in America are engaging with the Bible, and my findings have been rather shocking. First, let me give you some background on where I am coming from.

When I was fourteen or so, I began reading about the life of David in 1 and 2 Samuel and in Chronicles. I was so fascinated by David’s story and that of the kings of Israel, I began to devour Samuel, Kings and Chronicles over and over again. After a while, my father saw my interest in the Bible and he bought me a One Year Bible, something brand new at the time.

I took that One Year Bible and began to devour it too, reading it once a year for the next three years. I was amazed at how all the Bible stories I had been taught came alive once I had read through the Bible a few times. So many things I had always been confused about just made sense simply from reading. I didn’t require a lot of teaching to explain things to me, I picked it up when I could put the things together that I had read in context. I also began to notice something else that shocked me. Most of the adults I knew from church didn’t get what I was getting. Over the next several years it became obvious that most adults had never read the entire Bible and that many of them had never read much of it at all. I’m talking about leaders in the church, not your average American.

I took it for granted up to that point that since I was young I wasn’t required to read the Bible yet, but that church leaders had all read it. I was shocked when I learned that wasn’t true. I began to hear things in my Sunday School classes and many other places that just didn’t line up. It became obvious after many years that most people’s Bible literacy was coming from somewhere other than the Bible and I was starting to believe that Hallmark was the most likely source.

Before you feel like I’m wagging a judgmental finger, I get how hard reading the Bible can be. I believe it is Jon Acuff who calls Leviticus the graveyard of the One Year Bible reading plan. I get that. Because I started reading the Bible through from a young age, I feel like I ignorantly bypassed the trepidation and boredom most people face from scripture.

What I think made the difference for me was that after a short time I saw the puzzle in the Bible that I needed to solve. Even in Leviticus I read things that reminded me of things I had read in the New Testament or stories I had heard. I wanted to piece together how it all fit and what the message was. I was young enough that I wasn’t so analytical that I needed to know what everything meant before I moved on to something else. If I didn’t understand something, I simply kept reading. I figured that my answers would come from somewhere else in scripture.

For over 20 years now I have enjoyed studying the Bible. I have had ups and downs and lulls where I have to re-commit to reading, but I have never not enjoyed it. There is always something fresh, always something real for me.

What began to bother me over 15 years ago was that this wasn’t most people’s experience. It pained me to think that most people I knew weren’t enjoying God’s Word like I was. It was discomforting to watch as most believers I knew or saw would read a verse or two a day just looking for something to get them “through the day.”

Again, now as an adult with kids, I get that. But there is something troubling to me in our culture that the most amazing testimony in history, the one Jesus said will last FOREVER, is used as a crutch to hobble through life instead of the life-giving wonder it truly is.

Christian radio stations often play testimonies of people who tell how a song had a line in it that helped them get through their day. You have probably heard what I’m talking about. That’s the same mentality applied to scripture today. Take that culture and carry it forward a generation or two and you have what we have become in the church today. It’s no wonder we have people using scripture to justify the lifestyles and beliefs it speaks directly against. There are too few people in their lives to set them straight before they publish their books and blog posts. We have a culture of biblically illiterate churchgoers led by biblically illiterate church leaders.

I’m happy to say that most of my readers who have responded to my polls affirm that their churches encourage them to read the Bible regularly, but that is sadly not the case for most churches in America today. I’ve met far too many pastors who have studied more of what a Bible commentator has had to say about scripture than scripture itself.

Today we watch as Christians react violently react to non Christians who want to take away their rights as if the Bill of Rights was taken directly from Joshua, Judges and Ruth. I have heard Christians quote Bible verses to refute homosexuality, atheism, etc. only to later admit they had never actually read those passages they quoted.

We need the church to start encouraging people to read their Bible. We don’t need them to study it, we need people to read it. Put your study Bible on the shelf for a year or two. Just read it. Get it in you. Devour it. Get copious quantities of it in you.

Pastors, this is your year to read the entire Bible.

Sunday School teachers, this is your year too (and yes, I’m speaking to kids’ teachers too)

Small group leaders, this is your time to begin reading the Bible every day.

I publish a series of Bible studies and podcasts around the concept of reading a single book of the Bible once a week for 10 weeks called the 10 Week Bible (creative, I know). It’s my attempt to get people to read lots of the Bible so that they get it in them and lock it away in their hearts as opposed to having a verse or two to get them through the day. If the Bible in a year seems to daunting for you, try my way.

Of if that seems like too much, start a two year plan. Or a three year plan. Just please, make a plan to read. Read lots. Don’t stop. Don’t stop to figure it all out, I can guarantee you that the more you do it the more it will figure itself out for you.

I have had some of the most bizarre debates with Christian leaders simply because they have not read the Bible they are trying to teach. Sure, they have a concordance and Google search to help them find verses to justify whatever it is they want to teach others, but if they had actually read two verses before and after those they would have known that it said the opposite of the view they had now solidified in stone in their hearts.

I pray for a bright future as more and more Christians commit to reading the Bible instead of just using it to get by, but I see some painful transitions we will have to go through. Right now there is a church growth and church planting explosion that has absolutely nothing to do with God’s Word. It’s all about pragmatism. It’s about reaching people. It is producing people who use the Bible to get through their day and they are the same people who will shortly turn away from God and the church when it stops helping them get by.

Will you commit to being part of the change? Will you commit to reading the Bible this year? I think mine is pretty good. I think the One Year Bible is pretty good. I don’t care what plan you use, just please get on one. Have trouble reading? Have a smart phone? Have the thing read it to you. Yeah, it can do that. That’s actually how most people in history learned the Bible was by having people read it to them, so it counts.

Please commit to reading God’s Word every day and encourage those around you to do it too. Drop hints for your pastor to read it every day too. Encourage your leaders to do whatever they can to get their congregation reading it.

I normally discourage people from doing irritating things, but we are in such a crisis of biblical illiteracy in the church today, I give you license to badger your leaders to get them reading. I pray they will thank you later.

Lord, help us love Your Word. Give us grace to read it.