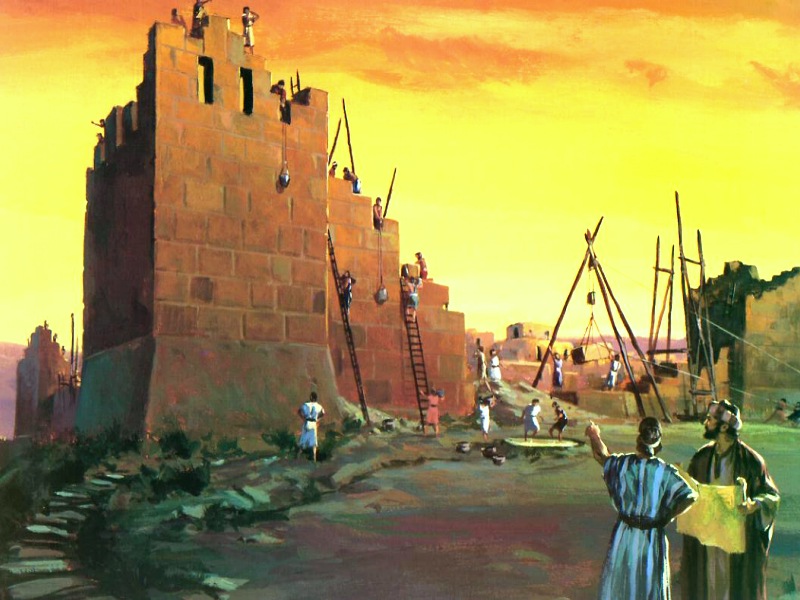 Nehemiah is an interesting book. Nehemiah is given permission to go to Jerusalem and rebuild its walls and the temple. That’s the storyline that everyone is familiar (if you are in fact familiar with Nehemiah). I would encourage you to read it for yourself, it’s a relatively short book. Read it here.

The storyline that people can easily miss if they don’t know what they are looking for is how important it was to Nehemiah and the people of the day to reestablish one of the most important aspects of daily life in Jerusalem: Laus Perennis.

Laus Perennis is Latin for “continual prayer.” It has been something that many that have gone before us understood very well. And they understood it because they were awakened to it by the book of Nehemiah. I believe Nehemiah was awakened to it because he also found a long-forgotten book in his own day.

When Nehemiah returned to build the wall and the temple he discovered something intriguing; that King David has instituted a prescribed method of worship that should take place in the temple.

And the leaders of the Levites were Hashabiah, Sherebiah, Jeshua son of Kadmiel, and their associates, who stood opposite them to give praise and thanksgiving, one section responding to the other, as prescribed by David the man of God.

Did you see that? Nehemiah said that David himself had prescribed the worship to take place like that, but that is not recorded in scripture anywhere. David had apparently put together an extra-biblical book describing the method of worship he established when he brought the ark of the covenant into Jerusalem. David did have several things written down about this, most notably the list of singers and musicians in charge of those activities. They’re in 1 Chronicles 25 and they contain numbers that repeatedly speak of the number 24. No where else in scripture do you find numbers that surround 24 except in David’s establishment of temple worship. There’s a reason for that.

Putting the Right Pieces Together

Throughout the centuries past, several men of God have found this passage in Nehemiah and became intrigued by what was being spoken of. That led them to search the scriptures for what David might have said, and that led them back to the list of singers and musicians. In every case, they understood that the number 24 meant that David set up worship and prayer around the clock, 24 hours a day, 7 days a week.

A man named Alexander, in Constantinople, was the first to reinstitute this in the Christian era. His form of worship so radically changed those around him that the word spread. Soon others were doing the same thing. Look up names like Comgall, Bernard of Clairvaux, Ludwig Von Zinzendorf and Mike Bickle. You’ll find similar stories. You’ll also find worldwide impact.

Nehemiah knew that when he rebuilt the temple and the walls of Jerusalem, one thing was foundational to their success: prayer and worship. He knew they weren’t there because of their own power or strength, but because of the power and might of God. Why would he try and rebuild Jerusalem without an ongoing conversation with Him?

But Nehemiah had a little help, too. Zechariah had already prophesied about why the temple had not been rebuilt yet. (Your next reading assignment is the book of Zechariah!) Nehemiah knew that to be successful, he was going to have to turn everyone’s hearts to the Lord first. He had Ezra read them the Scriptures and explain it and he established worship and prayer in the order David prescribed. That was it. That was all he did.

Does your ministry lack success? Does your life lack the success you desire? Maybe the missing pieces are the same missing pieces Nehemiah discovered in his day: God’s Word, worship and prayer.