Why I Haven’t Been Blogging For A While 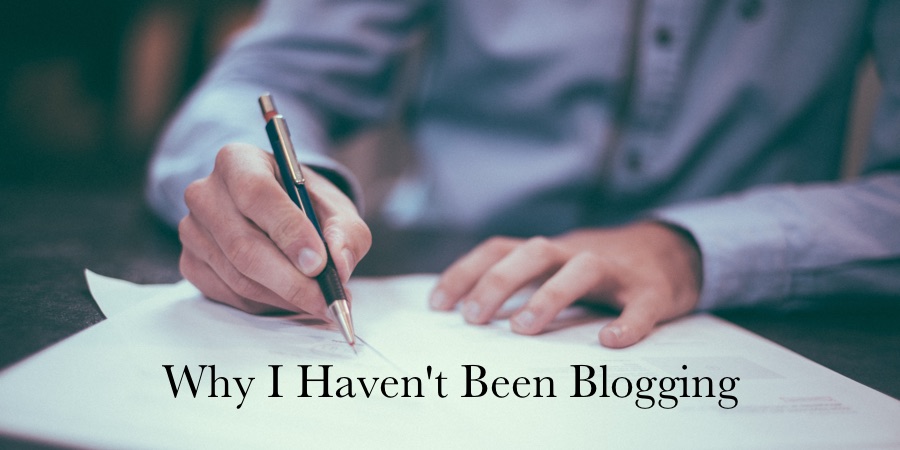 As with all things in life, there is no straight-forward, simple answer. There are many reasons I have not been writing much this past year on my website, but I wanted to share the main reason, because I think it is important.

I didn’t have anything to say.

You’ve heard that old saying, “Momma always said that if you don’t have anything good to say, don’t say nuthin’ at all.” Well, that’s where I’ve been for going on a year now.

Very seldom recently have I read someone with a truly thought-provoking insight about whatever new scandal, injustice or public outcry is in the news. It used to be that you didn’t read the comments section of a blog or newspaper because that’s where you would lose faith in humanity. Now, I fear, that is the case about most of what is being written out there. I noticed even my propensity to write about things that I had not thought through enough, so I took myself out of the game.

I’d rather not weigh in on things that I will later regret. If you write and say enough, that is somewhat unavoidable, but since we must give an account for every idle word we speak (or write), I chose to take a step back from the noise that was going on, and it’s been therapeutic.

We are currently watching our society unravel. Anger, outrage and violence increase every day. I pray that the Lord will intervene and reverse this course in the near future, but I see no signs of it slowing down. Our ever-increasing need to read and write about it and take sides is one of the greatest reasons things are speeding up.

People make points and counterpoints, but they speak right past each other. Very few are listening these days except to what they already want to hear, and when we are too quick to speak, regardless of what “side” you take on an issue, it makes it very difficult to affect change. When people are confronted with an idea or news story that is at odds with their pre-conceived notions, they almost universally reject it today.

Of course I speak in broad generalities. There are countless people out there who are not giving themselves over to every whim of the enemy, ever trying to seduce our minds into greater outrage, anger and violent thoughts, but I have noticed that they seem to have their voices drowned out at an ever-increasing rate.

As followers of Jesus, it is normal for us to need to run counter to the current of culture, but never in my life has it been as true as now. Instead of engaging in the frenetic pace of angry dialogue, whether consuming or producing, it would be wise for us to disconnect and retreat for a time. I am not suggesting a retreat from engaging with people or a retreat from serving Jesus by loving others, only a retreat from the increase in our consumption and production of thoughts about what is going on.

Be it political, spiritual, theological or otherwise, I think it is time we reduce our participation in what is going around. I think it is a great day for Christians in America to cease from being “culture warriors” and become “prayer warriors.”

I don’t think it’s possible to just unplug from the internet of arguments without refilling that time and space in your head with something else of equal or greater value. In the past year, I have spent an increase in time and attention in studying, writing and podcasting for my 10 Week Bible Study series. I have spent a great increase in time praying, made much easier for me since I have recently moved to Kansas City to be at the International House of Prayer.

My Pitch For Change

I encourage you to join me on my podcast and in studying the 10 Week Bible Study books I have written. They are a great way to disengage a little from the whirlwind that is our culture and reengage with God’s eternal Word. I do sell them, but I have been known to sell them at my cost for those interested enough to reach out to me. I’m much more concerned with people getting the Word of God in their lives than I am with making money.

Last year I made the conscience decision to step back from the cultural fray and step into more of God’s Word, and I am much the happier for it. As you think about the next twelve months, who would you rather have speaking into and influencing your life more: the eternal, uncreated God, or Fox News and MSNBC?