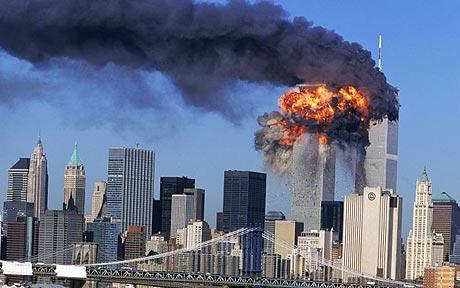 After 13 years, One World Trade Center has opened again. If you have been a frequent reader of this blog in the past, then you know what that means to me and America. If you are new here, then read on and I’ll explain.

Like the lunar landing or the assassination of John F. Kennedy, most people remember where they were and what they were doing when the World Trade Center twin towers fell on that horrible day in New York in 2001. Some of you who read this were ten years old. Others of you were there watching it from your office window. It was a horribly tragic day that took the wind out of America for many years to come.

But now, a new hope has been offered to New York City, and America is currently rejoicing in the completion of One World Trade Center, the centerpiece of the redeveloped World Trade Center in Lower Manhattan. There actually hasn’t been that much news about it, but for those paying attention, they recently announced that it is open to tenants who have begun moving in.
This would seem like a triumph for America, for New York, and for patriots everywhere. America is rebuilding and remaking itself from the ashes of 9/11. Most people are happy that One WTC is a complete and a shining beacon for New York and America.

Because it means something horribly tragic to me. Two days before September 11, 2001, the Lord sent an angel to me in a dream to show me the collapse of the towers. I saw it happen exactly as it would two days later and the tragedy tore my heart apart. After a great deal of prayer, soul searching and tears I came to understand that the Lord wanted my attention to show me something more—something even more important than the collapse of the twin towers.

A year and a half later He showed me what would be more important than one of America’s greatest tragedies: rebuilding.
In another dream in March of 2003 the Lord showed me the new tower that would take the place of the fallen twins. He showed me many things about them that I have written about on this site and in my book, so I will share the links to those articles here and spare the details for now.

The important part of the dream was that the rebuilding of the tower was a terrifying omen for America. As I awoke from that dream, the Lord spoke to me these words very clearly, “That building will be a sign and seal of my judgment against America.”
I understood that when the building was complete, it would stand as a testimony against America for our rebellion against God, and it would be the beacon of judgment, not triumph, for all Americans.

With their announcement of One World Trade Center opening, I believe that day is upon us. I don’t know what that means for America right now or in the near future, but I wholeheartedly believe that we have had judgment decreed upon us by the Lord. The fulfillment of that judgment could come in a day or in fifty years—I have no way of knowing, but the Lord’s words to me and the path He led me down to get here were too clear not to be clear with you.

A week before the opening of One WTC, the Lord spoke to me and said, “It’s time to start paying attention to the building again.” I knew which one He spoke of. As I began scouring the news articles about it again, it became clear that we were in the time the Lord prophesied to me over eleven years ago.

With a heavy heart, I feel that I must proclaim what the Lord showed me so long ago. I do not believe this is a moment without hope, but I am sure that it is a moment we must carefully weigh with sobriety and contrition. It is a time for us to seek God for the “who knows?” of His nature as the prophet wrote in Joel 2:13-14:

Rend your heart
and not your garments.
Return to the Lord your God,
for he is gracious and compassionate,
slow to anger and abounding in love,
and he relents from sending calamity.
Who knows? He may turn and relent
and leave behind a blessing—
grain offerings and drink offerings
for the Lord your God.

This is a time to seek the Lord, but I believe to carefully understand where we are and what it will mean for us as a nation, as the church of God, and for those who are lost among us in our communities.

Please pray, seek the Lord and turn to Him now. I believe judgment has been decreed against us, but I know that the Lord is merciful and full of compassion. Who knows? Maybe if we repent, He will turn and leave a blessing upon us instead of judgment.

I’ve written a book about this that I think is worth your time to read. I believe this nation’s future depends on it. You can get it here at Amazon.